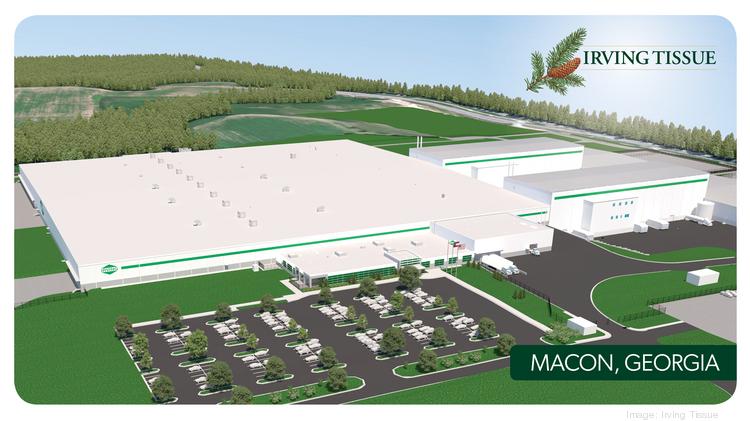 Industrial development in Macon-Bibb County has earned the region more than $1.8 billion.

This is the amount of the “symbolic” check the Macon-Bibb County Industrial Authority (MBCIA) presented to Macon mayor Robert Reichert in May, which represents the business deals closed in recent years.

In July 2012, voters in Macon and Bibb County approved a consolidation between the city and county governments. Among other benefits, the measure promised cost savings and efficiencies resulting from the elimination of redundant departments and more streamlined communication channels.

“Now, everything is under our umbrella, including the site selection process, the deal negotiating process, as well as existing industry management,” said Stephen Adams, executive director of the MBCIA.

While the merger of government entities has not been devoid of challenges, collaborative success has been found in the growth of the industrial sector in Macon-Bibb County, hence the presenting of the check.

For example, in November, Irving Consumer Products held the grand opening of its $470 million tissue manufacturing facility. The company announced it will begin a $400 million expansion, which will add 150 jobs to the current workforce of 200 when construction is completed in 2022.

“The people at MBCIA were helpful in so many ways,” said Brian Solheim, Irving plant manager. “They helped with site analysis, connected us with other businesses, and laid out advantages, which included educational opportunities and access to the area’s labor force.”

The central Georgia location and local infrastructure also weighed heavily on the decision by Irving to expand operations, he added. “We’re near customers in a growing Southeastern region, I-75 is nearby and we have access to water, natural gas, electricity and railroad, four big components of our operations.”

In October, Texas-based Dean Baldwin Painting announced plans to build a new aircraft strip and paint facility at the Middle Georgia Regional Airport. Specially designed for military and commercial customers, the $21.45 million, 127,000 square-feet-plus facility will bring 115 jobs to the area.

Dean Baldwin Painting was attracted to Macon Bibb County in part due to the presence of Embraer, the third largest aircraft manufacturer in the world (based in Brazil), and South Carolina-based Stevens Aerospace at Middle Georgia Regional Airport. The airport itself recently announced plans to extend its runways.

“We worked tirelessly for nearly a year to bring this project together,” said Barbara Baldwin-McNulty, CEO of Dean Baldwin Painting, adding that MBCIA was an involved partner. “New construction on any airport requires a significant amount of coordination and support from local, state and federal partners. Without the support of the MBCIA and Georgia Department of Economic Development, this deal would not have been possible.”

Most of the success stories in the Macon-Bibb County industrial arena are concentrated in four categories, according to Adams: aerospace, manufacturing and logistics, food processing, and back office.

“We are staying focused on those areas because those are industries we are a good fit for,” he said.

In July, Amazon.com Inc. (Nasdaq: AMZN) opened the doors of a new 1-million-square-foot, $90-plus million fulfillment center on Skipper Road. The operation is staffed by 900 full-time employees, about 780 of which were hired from the middle Georgia community.

In 2018, Nichiha Corp. announced plans to expand its cement fiber plant in Macon, adding 74 jobs to the existing workforce of 161, at a cost estimated at $120 million.

These services include guidance to small businesses, making sure parks and greenspaces are part of the urban landscape, and ensuring that initiatives to decrease poverty — such as the Community Development Block Grant program — are funded. Morrison’s department also organizes large community events.

For the Irving Consumer Products deal in particular, Morrison said, “the participation of small businesses in downtown activities influenced the company’s decision to locate in Macon.They appreciated our great community spirit.”